CONGRATULATIONS ARE IN ORDER – We’ve been awarded again! 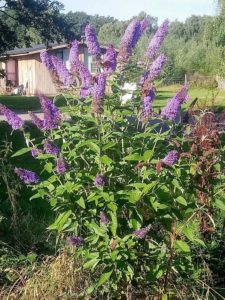 Here at Sherwood Hideaway we feel it paramount to look after the beauty nature has given us and are so very proud to announce that because of this, we’ve been given some awards for all our hard work!

Firstly, for the 4th year running we have been awarded a Gold accolade of the David Bellamy Conservation Award for the work we do to assist in creating and promoting a greener environment.

The scheme is one of the longest running green tourism awards in the UK with the first awards handed out back in 1997 when a partnership was formed by the British Holiday & Homes Park Association and David Bellamy’s Conservation Foundation.

The thought process behind the awards remains the same today as it did then; to celebrate what the best parks are doing for the British countryside and encourage others to follow their lead.

One of David’s first comments about the scheme is still as true now as it was back then: “My dream is to upgrade all leisure parks to some sort of conservation status so that they can educate the visiting public and help them respect and care for the countryside.”

In conjunction with this scheme we’ve been working hard in gaining our ‘5 in 5 badges’ where the conservation team guide parks such as Sherwood Hideaway in creating better environments that will encourage natural growth and provide new areas for inhabitants. We already have our Wildflower and Hedgerow Badges (awarded 2017/2018) having created more beautiful areas on the park and this year have been successful in receiving our ‘Woodlands Badge’ (well we do have one of the best woods on our doorstep!) Our Ranger; Richard is already busy working on next years badge ‘Wetlands’ by creating our very own pond. 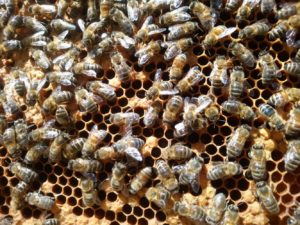 The David Bellamy Conservation team have also teamed up with the British Beekeepers Association to run the ‘Honey Bee Friendly Park Project’, which aims to get parks working to conserve Britain’s
bees (recently given the ‘most important living being on earth’)^ and Ranger Richard has worked tirelessly for these beautiful creatures building bug hotels and managing two of our very own wonderful honey bee hives. So it’s with great honour that we have been granted the status of ‘Honey Bee Friendly Park’.

We’re so glad to be a party of these schemes when conservation is of paramount importance to the future. A huge ‘WELL DONE’ to Richard and the team for all their hard work in continuing to provide the best green environment for visitors and the local nature dwellers. The ongoing passion to improve all we do for nature and Sherwood Hideaway is as strong as ever!