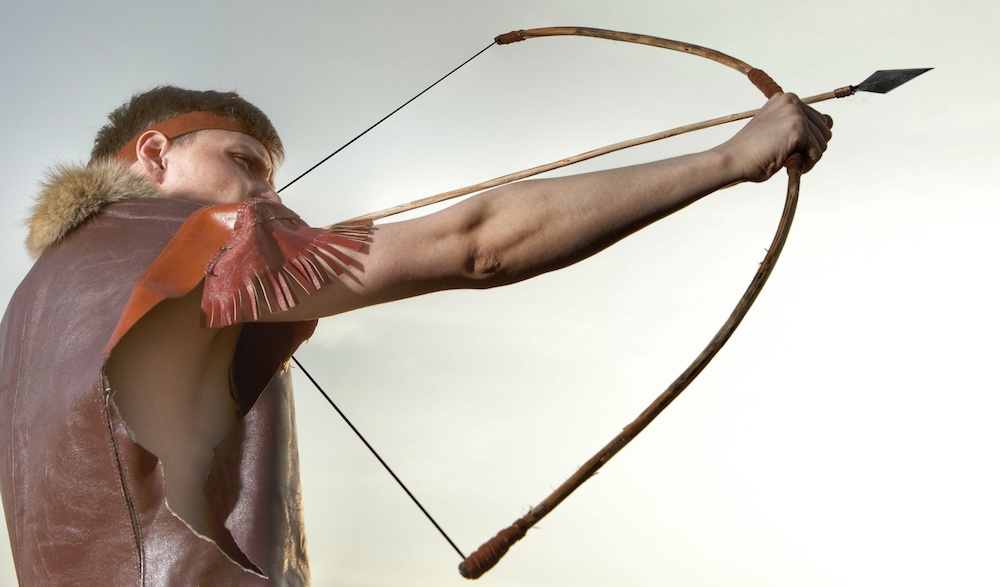 Sherwood Forest is the home of Robin Hood, so here’s The Sherwood Hideaway’s quick guide to everything you need to know about the olde English hero.

1. Robin Hood is not one person – the legend is most likely based on a number of different people, including fugitives who rebelled against the harsh forest laws that gave English kings and the upper classes unfair powers of the peasantry.

3. In the earliest tales there wasn’t much that was noble about Robin and his merry men – they were depicted as violent yeoman (one step up from peasants) who murdered their foes. Tales of taking from the rich to give to the poor, and Robin’s royal background, came much later.

4. The only Merry Men mentioned in the early ballads are Little John, Will Scarlet and Much the Miller’s Son. Other prominent members of the gang, including Friar Tuck and Alan-a-Dale, came along later.

5. Maid Marian was another late edition to the group, not appearing until the 16th century. Robin and his love interest met at a May Day celebration.

6. Many of the characters’ names represent aspects of their physical appearance. A ‘tuck’ (Friar Tuck) is a belt worn by Franciscan monks; Will Scarlet wears clothing of the same colour, and Robin’s second name refers to his distinctive hood.

7. Robin’s iconic weapon is a longbow, made from English yew. As a weapon, it was powerful enough to penetrate the armour of the knights Robin fought.

8. Legend says that Robin and his men lived in Sherwood Forest and hid in the Major Oak, which visitors can still see today. The dates don’t quite add up though – the tree would have been a mere sapling when they roamed the forest.

9. The story continues to be popular on screen – it’s been adapted more than 70 times for TV and the cinema. Among the many versions Robin has been sent to the future and his legend reimagined as a zany comedy, animated and set to music.

10. The legend of Robin Hood is getting a refresh in Sherwood Forest in 2018, when a brand new £5.3m visitor centre will open. The existing attraction, which was built in the 1970s, will be bulldozed and the site returned to nature.

Book your Sherwood Forest break at The Sherwood Hideaway: https://www.sherwoodhideaway.com