Everything you need to know about Sherwood Forest

Are you holidaying in Sherwood Forest for the first time? Here’s everything you need to know about The Sherwood Hideaway’s iconic location.

There has been an unbroken cover of woodland in Nottinghamshire since the end of the last Ice Age, around 10,000 years ago.

Sherwood Forest was once one of the largest Royal forests and covered 100,000 acres – around a fifth of Nottinghamshire. As a Royal forest, only the King and selected noble men had the right to hunt there.

Over the years much of the forest was acquired by nobility and four ducal estates were created – Thoresby, Clumber, Welbeck, and Worksop. Each of these areas is full of heritage attractions including grand houses and grounds.

Today Sherwood Forest is a national nature reserve and a protected site of special scientific interest. It attracts around 360,000 visitors annually, with more than 400 acres of the forest open to the public.

Sherwood has more than 1000 ancient oaks and a mix of old wood and heathland – over 900 trees in the forest are thought to be 600 years old or more.

As the forest has become fragmented over time, the region’s country parks provide a picture of how the setting once was – these include Sherwood Forest National Nature Reserve, Rufford Abbey and Sherwood Pines Forest Park.

There are many examples of wood from Sherwood Forest being used in some of England’s grandest building projects. Thousands of Sherwood oak trees were used to build the Royal Navy’s ships for Henry VIII through to Nelson, and grand cathedrals including St Paul’s and Lincoln were among the many religious buildings to use the forest’s oak timbers.

The forest is full of creepy crawlies – it’s home to 1500 types of beetle and 200 species of spider. 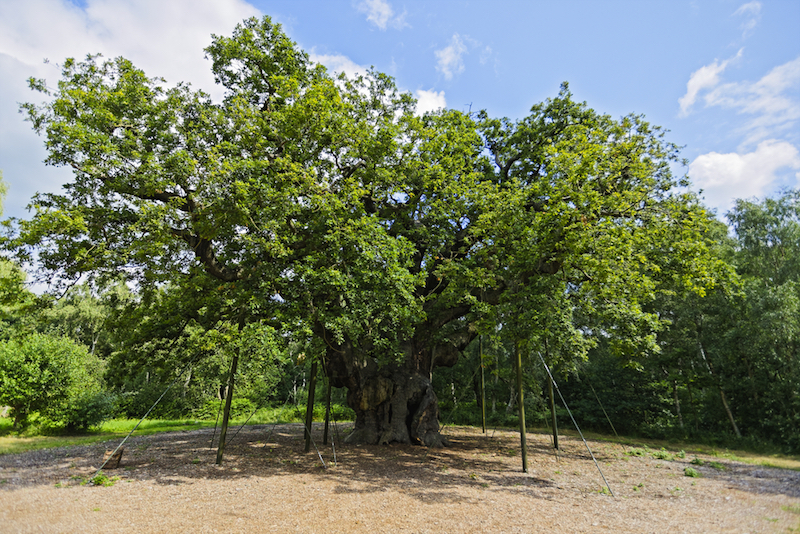 The most famous tree in Sherwood Forest is the Major Oak (pictured above), which is about 800 years old and was said the be the hiding place for Robin Hood. The tree’s massive branches have to be supported by scaffolding, and there’s a fence stopping visitors getting too close. Robin Hood is said to be the forest’s most famous resident, however it has a long history of outlaws.

In medieval times the main London to York road ran straight through Sherwood, and so travellers were at the mercy of robbers.

There is a week-long Robin Hood Festival every August, with characters dressed up in medieval attire and activities taking place at the Visitor Centre and Major Oak. This year’s festival runs from 31 July to 6 August. Entry is free and parking costs £5.

Book your short break in Sherwood Forest with a stay at The Sherwood Hideaway. See our latest special offers here: https://www.sherwoodhideaway.com/special-offers/.

The Sherwood Hideaway is just ‘Paw-fection’

How To Make Your New Holiday Home Homely